It is equal education school in a blue Imperial mausoleum 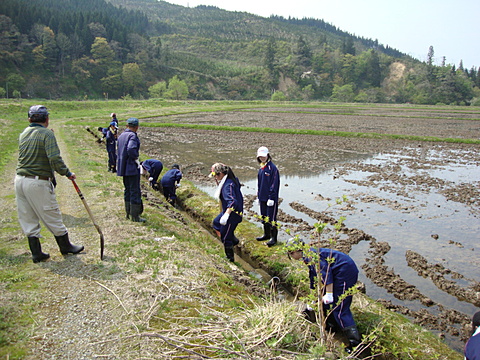 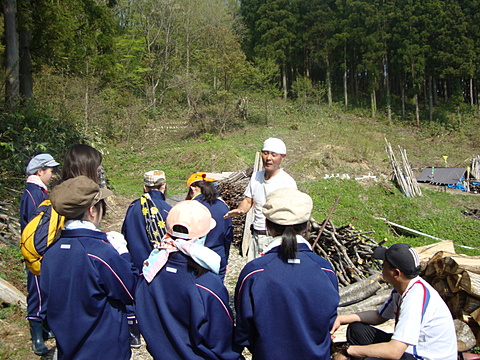 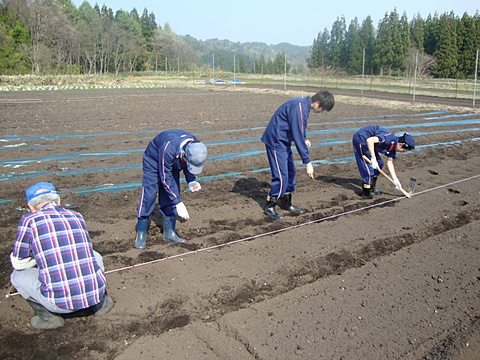 All of you good morning

As I played truant from update a little and was, it was two same blog up

Of "equal education school in a blue Imperial mausoleum" who came in the schedule of 2 days and 1 night on Thursday on Wednesday, May 15, 16th an activity introduces

It was Wednesday more than 50% of probability of precipitation by the forecast for 15 days and I felt nervous and throbbed,
After all students, an everyday act of teachers will be good grace

Rain did not fall at all and, on the contrary, sunlight glared down and became the hot weather

In addition, all the students of the equal education school are only vigorous, obedient good boys in a blue Imperial mausoleum (every year)

I advanced from the oneself and performed any activity, and there was the student who wrestled hard so as not to stop an activity even for a break either

It was weather not to become clear by cloudy sky from morning on Thursday on 16th, but it did not rain

There was the group which carried out a menu at the time of the rainy weather just in case, but was able to perform an activity in the hardly outside on schedule among them

※As for the state of the activity, please see a photograph
At first it is that greetings are splendid I let you go through on 2nd, and to have thought

"Thank you," I was surprised that I came out immediately "good morning" "today"

The students of other schools said hello, too, but felt it particularly fantastically

I caused teachers, Kinki Japan person in charge trouble each time.
I'm sorry.
In addition, I was saved thanks to gentle words of Mr. Tezuka, appropriate correspondence of Fujiwara very much

2013-05-17
All of you, good morning in the HP of the Country experience private supplementary school tsunokawano village that you are watching

It became slightly late, but introduces an activity of "Chomeigaoka Junior High School" that visited Tsunogawa on Friday for from Wednesday, May 8 to 10th

By the village forest walk, I took a walk through the walk way of the allotment while looking for an edible wild plant

Creation of the biotope that is new using a creature investigation, a scoop using a net in the biotope

I hit thinning, edada chideha, a saw, the branch and am maintained the village forest of Tsunogawa using a saw

The field performed shuimo* eo of the potato

The students looked awkward in a tool and the first experience to use for the first time first,
I was used immediately and was active happily

In addition, as it was the trip in 3 days and 2 nights while there were many schedules of 2 days and 1 night recently,
"I want to already stay for 1 nights

" on the last day because I was able to interchange more than usual in the foster parent point
I heard the voice called this, too

Come to everybody, Tsunogawa of "Chomeigaoka Junior High School"; and thank you ...

Thank you in the next fiscal year

"Tagajo second junior high school" visits Tsunogawa in the schedule of 2 days and 1 night on Friday for from Thursday, next month 23 to 24th

In the case of a briefing session, I saw the state of children, but the boys who seemed to be obedient, and were good were able to see it

Oh, word that intended to be ridiculous, and said was performed through of, but ...
I prepare everybody, mmeegottsuo (delicious feast) in the Tagajo second a lot and wait

Yesterday, I went to Yamagata University for presentation (public relations) of FW in the first half year

I who was great are in charge of FW of Tsunogawa, and five years pass,
Students gathered so far so as to compete for 1, 2

※You should have taken a photograph

Teachers of the charge including Mr. Oda added pressure how long and advertised it and were able to just call

I am not so good at talking in public, but want many students to come to Tsunogawa!
I gave presentation for one feeling called this with effort

In Tsunogawa, I perform it at the capacity of two programs, both 12 programs this time

After our group received education trip, Yamadai FW, too,
It was early that time passed, and another eight years passed

I had I performed two lectures in Yamadai FW, and a total of 34 students take lectures

I accept following school in 2013

all which are 4 lectures mentioned above 12 capacity

Blog introduces the state of the activity with a photograph later